LSTM it a type of Recurrent neural network, Various variants of RNNs have been around since the 1980s but were not widely used until recently because of insufficient computation power and difficulties in training. Since the invention of architectures like LSTM in 2006 we have seen very powerful applications of RNNs.

In 1997 by Hochreiter & Schmidhuber, LSTM is a special form of RNN that is designed to overcome the vanishing and exploding gradient problem. It works significantly better for learning long-term dependencies and has become a defactostandard for RNNs. In order to cope with the problem of vanishing and exploding gradients, the LSTM architecture replaces the normal neurons in an RNN with so-called LSTM cells that have a little memory inside. Those cells are wired together as they are in a usual RNN but they have an internal state that helps to remember errors over many time steps. 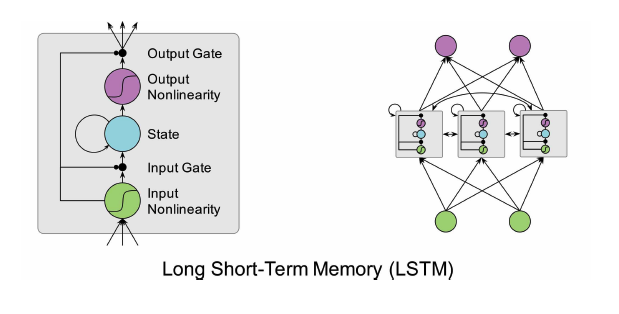 A popular extension to LSTM is to add a forget gate scaling the internal recurrent connection, allowing the network to learn to forget (Gers, Felix A., Jürgen Schmidhuber, and Fred Cummins. “Learning to forget: Continual prediction with LSTM.” Neural computation 12.10 (2000): 2451-2471.). The derivative of the internal recurrent connection is now the activation of the forget gate and can differ from the value of one. The network can still learn to leave the forget gate closed as long as remembering the cell context is important.

Based on the idea of LSTM, an alternative memory cell called Gated Recurrent Unit (GRU) has been proposed in 2014 (Chung, Junyoung, et al. “Empirical evaluation of gated recurrent neural networks on sequence modeling.” arXiv preprint arXiv:1412.3555 (2014).). In contrast to LSTM, GRU has a simpler architecture and requires less computation while yielding very similar results. GRU has no output gate and combines the input and forget gates into a single update gate.

There are a few distinctions:

In both cases, each gate will have its own recurrent weight 𝐖 and input weight 𝐔. For example, the formula for input gate on LSTM is: 𝑖=𝜎(𝑥𝑡𝐔𝑖+𝑠𝑡−1𝐖𝑖). It follows that GRUs have less parameters (weights) due to fewer number of gates and more efficient to train.

Bidirectional RNN: A Bidirectional RNN has composed of two RNNs that process data in opposite directions. One reads a given sequence from start to finish; the other reads it from finish to start. Bidirectional RNNs are employed in NLP for translation problems, among other use cases. 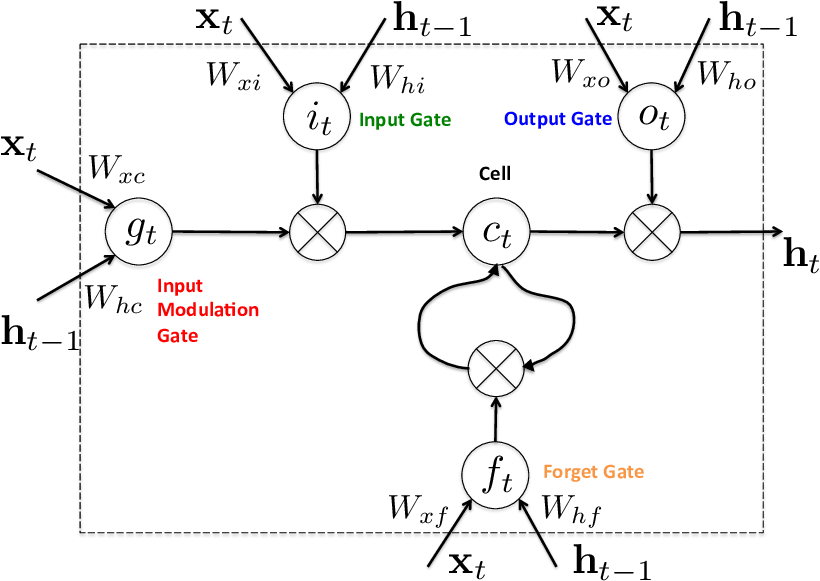 In Keras we have folllowing class available,

LSTM networks have been used successfully in the following tasks